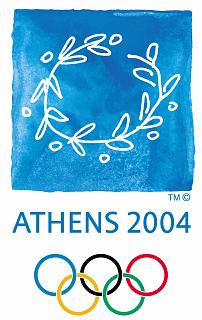 All Images (2) »
After nine weeks on the ELSPA/Charttrack All Formats entertainment chart, Sony's Athens 2004 takes the top position, making the title Sony's first number one since Eye Toy: Play over a year ago. Having entered at number eight at the beginning of July, the title sold steadily and remained within the top 10 during the run up to the games. In recent weeks, the title progressed toward the top, held back by Activision's Spider-man 2 and Doom 3. This week Doom 3 falls to number three, clearing the way for the official Olympic title, and allowing the webbed one to advance one place.

Driv3r also moves up a place to four, swapping positions with last week's new entry, Ubisoft's Rainbow Six 3: Black Arrow. Everyone's favourite green ogre lingers in sixth place in the shape of Shrek 2, having spent 11 weeks in the top 10. EA continues to flex its budget muscle, with FIFA 2004, Need for Speed: Underground and Medal of Honor: Rising Sun hold the seventh, eighth and 10th spots respectively. Vivendi Universal's Simpsons: Hit and Run makes an impressive leap into the gap from last week's 26, thanks to a new budget price point.

Two new entries this week, both performing only moderately well. The Climax-developed Sudeki enters at 25, exclusively for Xbox. Less impressive, the SEGA sequel Headhunter: Redemption manages only 32nd place despite a joint Xbox/PS2 offensive. Interesting, the sales split is unusually close, with PS2 just winning with 53%.

It's been a bountiful week in terms of re-entries. Promotions at retail see Red Dead Revolver re-enter at 20, as does Hitman: Contracts at 30. Codemaster's England International Football 2004 is right behind the bald one, rejoining the fray at 31. Midway Arcade Treasures returns at 36 and Soul Calibur 2 squeezes back into the top 40 at 38.

In addition to Simpsons: Hit and Run, other big movers include Singstar, up from 28 to 16. Heading the other way, Chronicles of Riddick drops out of the top 10, slipping from eight to 17.

MIA this week is Empire's Ghost Master: The Gravenville Chronicles. Available for the PC in May, the title was released on Xbox and PS2 last week. The title is nowhere to be seen in the All Formats charts or the platform specific charts.
Companies: A-Soft Activision Empire Interactive SCEE
Games: Athens 2004 Doom III Ghost Master: The Gravenville Chronicles Spider-Man 2: The Movie

Mishelly 4 May 2012 18:29
2/2
</a>I've used both XBL and PSN online with a wired ceotocninn, and it all depends on the game. Tekken 6? Run like sh!t unless you're playing with someone with a great ceotocninn. Most people playing it now should have a good ceotocninn though. Everyone else probably gave up on it. Same with Mortal Kombat I've heard.But then you get a game with good netcode. Uncharted 2 and 3 rarely play with any lag. Even when you're playing against people with two bars(s**tty ceotocninns,) you still take them out in the correct amount of hits. The same could be said with Killzone 3 which I've never noticed lag regardless how many people were in game. But then again, these right here are exclusives, so what about multiconsole titles?Grand Theft Auto 4 runs very well online on both consoles, but I see the same problems on both consoles as well. Lag is unnoticeable for the most part, but when you have heavy traffic on screen, explosions, etc, all at once, then it might lag slightly, but even then, a little lag and it makes all the difference at that second. It mostly happens during races when everyone is on a long stretch of highway in traffic. Game is trying to keep the same world, vehicles etc, with everyone in the exact same locations.Street Fighter 4 runs very well. Same with Super. On both games for PS3, I've played less than five matches that actually lagged to where it was noticeable. Which is sad someone has a ceotocninn that bad, must be dialup, as I was playing some matches in Japan with no noticeable lag. On SF4 PS3, I've played over 1000 matches. Not as many on Super but over 100. The Xbox version, I've probably played around 100-200 matches, and I've played against two people that lagged. Now, it's really only coincidence, but given that ratio, you could say the PS3 version is better online. But again, you can't very well tell what random people with crap ceotocninns will jump in on your game.Unfortunately those are really the only games I've put time into playing on both consoles. I've played other online games on the PS3, and other online games on the 360, but not the same ones, and less on the 360 because I stopped paying for Gold XBL and then sold my console.Games with amazing online functionality(no noticeable lag and no glitches or very little) on the PS3. Armored Core 4, for Answer, Demon's Souls, Resident Evil 5, LBP2, Dante's Inferno(Trials of Saint Lucia,) SF4, GTA4, Killzone 2, 3, Uncharted 2, 3, Red Dead Redemption, Sacred 2, Battlefield Bad Company 2, etc, others I can't remember or I just haven't played. So saying that games online are better on the 360. Just pure bs as even though the games are all run on Microsoft's servers, they still have crap, or good, netcode. Running on Microsoft's servers doesn't change that.VN:R_U [1.9.12_1141](from 0 votes)
Posting of new comments is now locked for this page.