NFL Fever, NHL Rivals and Inside Drive no longer ?in the game?? 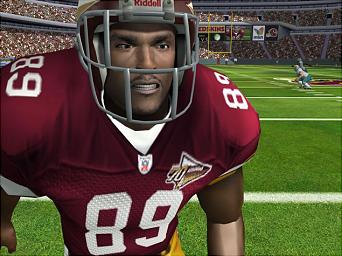 All Images (2) »
Microsoft has announced today that it will be closing down its Redmond development studios, shedding 76 employees in the process. It was this studio that dealt with several of Microsoft?s Xbox sports titles, namely NFL Fever, NHL Rivals and Inside Drive. This news hardly comes as a shock though, seeing as Microsoft had conceded to EA sports? long-standing popularity back in May, when it finally agreed to support titles like Madden and FIFA on Xbox Live!

The games industry is incredibly competitive even with the most unique of products, so the sports scene is probably the toughest genre to break into. For most sports, gamers don?t really want more than one digital version. Bearing in mind that most of EA?s sports games have been established for at least a decade, it was always going to be difficult for MS to establish its own XSN brand, even with its vast resources, especially seeing as EA?s existing competitors in the field, such as Sega, Midway and Konami, have also been putting out titles of impressive quality.

Although Microsoft still has other sports-skilled studios, such as those behind the Links and Amped games, it will now be letting EA cater for the masses. This culminated in yesterday?s news that the two giant corporations would be working together to organise the FIFA Interactive World Cup ? a key title in the European region. Elsewhere, EA's Madden series is continuing to break sales records.

Typically of Microsoft, this closure has been presented as a sage business move rather than a forced retreat. There?s no doubt that Gates and co. could have thrown plenty more cash into the project, but trying to get the better of EA would never be an easy task. MS spokesperson, Molly O?Donnell made the following statement: ?The business has grown and a vibrant ecosystem of third-party developers has emerged? filling the pipeline with an abundance of great games.? Although we?re not sure how ?ecological? the games industry really is, it?s a fair point.

The claim that MS is making fewer sport games because third party developers have stepped in to fill the gap can?t be entirely true though. EA had been trying to establish Live! support much earlier in the Xbox?s life-cycle, and it was Microsoft that made the deal difficult. MS attempted to compete, and didn?t win, and is now it?s stepping back onto the sidelines.

As soon as there any announcements regarding the possible future for remaining XSN titles, we shall let you know.
Companies: Electronic Arts Microsoft Game Studios

The FIFA world tournament should go down well, with all nationalities competing, not just europe. Remember football is a world sport, that brings the world gamer closer together, unlike the NFL stuff.

I loved FIFA 2004 (never thought I'd say those words), but Konami are still the top team on the pitch.

Stryfe01 20 Aug 2004 12:15
2/3
MS did not make it difficult. It was both parties bickering over who should be able to charge for content and who should host the servers. if you guys spent as much time researching what you wrote, as you do bashing MS. You would have known that. It's been in every major games magazine since last year. Secondly this is a very good thing. Now hopefully Sony does the same thing and stops wasting money on 989 Studios. Put them to work on some fantasy sports games, or close them down.

>MS did not make it difficult. It was both parties
>bickering over who should be able to charge for
>content and who should host the servers.

If Microsoft weren't being difficult, they would have said "Sure, you charge, you host"... but they didn't. Clearly EA saw it as difficult.

> if you guys spent as much time researching
>what you wrote, as you do bashing MS.
>You would have known that.

Don't be a cock! If you opened your eyes and read between the lines insteads of believing the propoganda, you might not seem so gullible.

> It's been in every major games magazine
>since last year.

The same games magazines that rely on Microsoft and EA advertising for their income? And therefore dare not print anything like analytical journalism for fear of upsetting their puppetmasters.

>Secondly this is a very good thing.

Yeah. To hand over an entire genre to a single publisher is a great thing. Great for competition, great for freedom of choice, great for innovation.

There's only one reason this happened, because EA set it as a condition of bringing the EA Sports games to Xbox live, and Microsoft was shafted without them. It's another win for corporate powermongering, and another loss for the games and development community (particularly 76 individuals in Redmond).