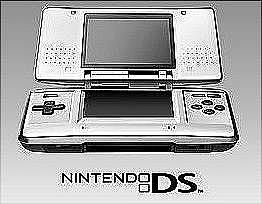 Since the first tentative titles for DS began to trickle through after E3, there has been a fair amount of speculation as to whether some of these would ever see the light of day outside Japan. Whilst some of the more text-reliant RPG titles may never make that journey, Nintendo?s latest confirmation of the games planned by Western developers is looking healthy enough. There are some notable gaps for the moment, but it?s highly probable that the menu will continue to flesh out right up until the DS?s actual launch.

Alongside the big N?s own first-party titles, the list is as follows:

BANDAI
Meteos
Mobile Suit Gundam Seed
... plus one another

CAPCOM
Megaman Battle network
Viewtiful Joe
... plus one another

TECMO
Monster Rancher
... plus one other

THQ
SpongeBob SquarePants
... plus five others

kheenan_thought 10 Aug 2004 15:35
1/5
Its looks like we are going to have a healthy line up of DS titles, it is given that some titles mainly RPG's will not make state side, nevertheless we have a good selection of western titles to look up to, and i believe that in the coming days, more titles are going to show up, lets just hope that the Nintendo DS is region protected like the GBA so that we can imports those Jap titles, i'm drooling man !!!

Brown Force 10 Aug 2004 16:32
2/5
Well ever since PSP and DS was announced I said that whoever would get the most support from Square-Enix, would win the war. Well looking at Square-Enix lineup looks like the DS will be running away with it. That is one strong and great lineup and adding to the fact they will use DS's original features...I'm drooling already! Lots of games their caught my, even some I usually wouldn't get. But I will consider because of the new way of playing them. Which I think people should watch out for. No matter what game it is, more people are going to take notice of them now because of the innovative gameplay of the DS alone.

I was already sold to the DS anyway, but this just comfirms it...

Joji 10 Aug 2004 23:17
4/5
Truth be told we love sequels, but when you get one every year like Tomb Raider used to do, that's when the problems arise. Sequels given space to sell and breathe usually do okay.

I'm intrigued by the presence of Goldeneye on the list, but I'm wondering which version we will get. The new EA version would be nice but classic Goldeneye would also be very welcome.

There is a nice mix on the list, there are some names we know and plenty of others we don't. This is expected for any consoles release, I'd expect PSP line up to be similar.

I like the fact that there is about 12 rpgs on the list, some of which aren't that well known outside of japan. Due to FF series usually taking up all the press, others will get some exposure. I'm looking forward to seeing what Caduceus is like. Also keeping an eye on Gundam Seed and Snowboard Kids.

I hope we see some other beat em ups to compliment Viewtiful Joe, god knows Nintendo consoles need them.

I do realise that most of these games are japanese, with western games taking up a small chunk with mostly play it safe sequels. I suppose they are testing the water, but they have to be more adventurous if they wanna take money for product. Time will tell, but western developers now have no excuse not to produce hand held games.