Square to port Final Fantasy classics to DS? You decide? 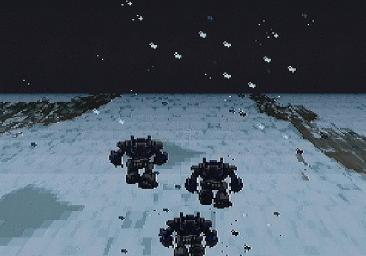 As a publisher that inspires truly fervourous fanboy fever in Japan, thanks largely to the immense popularity of the legendary Final Fantasy series, Square Enix?s approach towards supporting the NDS and PSP is being watched closely by the whole industry. There have been legitimate concerns that third-party publishers might not have the creative talents to make optimum use of the DS?s unique features; whilst others are worried that the PSP software library will consist largely of re-hashed games from days gone by.

Up until now, Square Enix has only confirmed that it will be developing a single brand new title for the DS, and its only work for the PSP confirmed thus far is the UMD movie Advent Children. Observers had been inclined to think that re-releases of the FF games would probably go to PSP, rather than DS, and Square Enix certainly hasn?t refuted this outright.

However, packaged in the new Final Fantasy 1 & 2 GBA release is a potential strategy-shaping voting slip. These customers, many of whom will be fairly hardened FF disciples, are being asked which SE titles they would like to see ported onto Nintendo?s DS.

The nominated games unsurprisingly include Final Fantasy episodes 3, 4, 5 and 6, as well as other favourites like Chrono Trigger, Front Mission, Hanjuku Eiyuu and Seiken Densetsu (Secret Of Mana). One would assume that any port of these titles would make use of the touch-screen as a (semi)permanent options/map window.

It will be extremely interesting to see what Square Enix does once it?s collated the data from its initial research project. If the DS does become the sole home for re-workings of celebrated S.E. RPGs, as well as the uniquely innovative DS specific titles, it will have a distinct advantage over the PSP, especially in the Japanese market.

Sony, which has been keen to court Square Enix throughout the hype-mongering process, may well be concerned by this news. At this early stage, however, it would be inappropriate to draw any concrete conclusions from what is merely a light dabble in market research.

Joji 28 Jul 2004 14:12
1/2
This is most interesting because it's seems Sony like to pretend they and S.E are joint at the hip. Sony love the exclusivity they can get for so many titles, but in this day exclusivity is a little silly. For a limited period it's understandable, or if you are testing a title (eg: Viewtiful Joe) to see how it will do, or spreading the love (eg Sega) and giving each system something different.

The kind of exclusivity Sony want seems to be for life, or til death do us part if you will. This is the kind of thing that was done with Tomb Raider, and as a result kind of killed the series. Had TR spread properly to each format and not on such a swift basis as it did, perhaps the series might have done a little better in recent years.

I remember when Square jumped ship from Nintendo to Sony years back. When I was a very young and stubborn Nintendo schoolboy, I was angry naturally. But when I grew up and left school I realised I didn't care what system S.E titles were on, so long as I could still play them. I bought a PSone and FFVII, my mind is more open as a result and the rest is history.

Games are why I'm here so S.E putting classic on NDS would bring a fanboy tear to the eye, but at the same time I plan to get a PSP/xbox2 so I can feel all the S.E love. Sony only have cause to worry if Nintendo exclusivity is mentioned, otherwise it's nothing to worry about and I don't see that happening somehow.

The possibility of PSone titles like Chrono Cross, Dew Prism and Parasite Eve ending up on NDS is the thing that would really change things in the Sony/S.E relationship, because these titles only reached japanese and u.s PSone gamers. With a 1GB media card DS could easily handle ports of these game with ease. the battery life and solid state of DS also makes this a more viable option. Whether Sony would want to see some old PSone games on another system is debateable, but at the end of the day it's up to S.E.

Whatever happens, my order for DS is Chrono Trigger, eiken Densetsu 1,2 and 3, Front Mission 1, 2* and 3* (* PSone ports) FF5, 6 and Parasite Eve*, Chrono Cross* and the fantastic Xenogears*. And don't tell me DS can't handle PSone ports cause I ain't buying it.

My immediate reaction would be how FFXII is going to be the far and away winner of this poll, and how that would affect the sales and perception of the system.