Another day, another fresh FF story 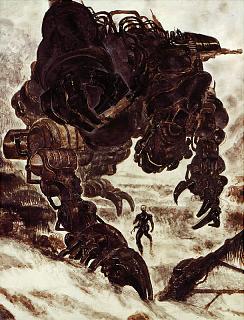 All Images (2) »
In reports breaking in various Japanese publications this morning, Final Fantasy overlord Hironobu Sakaguchi has pledged to launch a new development studio called (in a showing your age style) Mist Walker.

The studio, to be launched with the co-operation of Square Enix, is also expected to see input from seminal Square artist Yoshitaka Amano of Final Fantasy, Front Mission Rebus et al fame.

There has been no mention of any specific title as yet, though Sakaguchi-san has stated that RPG titles for all next-generation consoles are being considered.

Expect clarification on this within the next two weeks.

Joji 22 Jul 2004 12:15
1/2
Good news. Teaming up with Amano will surely bring us some good games as a result. Seems to be a trend of late for japanese start up softcos at the moment.

We've had Brownie Brown, Clover Studios and now this one. If the games are good I'll be there, whether from Square, triangle or rhombus.


Whatever happened to Brownie Brown's Magical Vacation on GBA anyway? It's odd that Nintendo never released it outside of japan where it's been out for ages. Can you shed any light on this Tiger?

Stryfe01 22 Jul 2004 13:55
2/2
Late again boys. The studio has been open since several weeks after he left square last year because of the square/enix merger. We will see what he has up his sleeve soon.
Posting of new comments is now locked for this page.