UK Charts: Spider-man Hangs in at the Top, EA gets Cheap 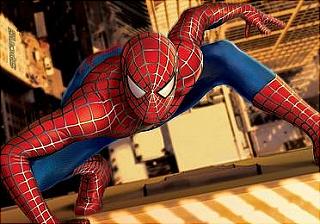 The webbed wonder does Activision proud once again this week, as Spider-man 2 remains at the top of ChartTrack and ELSPA's UK All Formats chart. With the movie now on general release across the country, sales of the title leapt dramatically, resulting in the title acheiving the highest single week sales of any Activision title. To give this increase some scale, ChartTrack reports a 76% boost in sales of the PlayStation2 version, which has the lion's share of the title's sales at a whopping 72%. If Steve Ballmer's claims are to be realised - he's confident that Microsoft will kick Sony's arse in the next-gen battle - the Seattle-based giant certainly has its work cut out - the Xbox version commands just 16% of the share.

The other top four places also remain unchanged from last week. Driv3r, Shrek 2 and Athens 2004 hold their respective third, fourth and fifth positions while sales drop across the titles. With the Driv3r hype machine cooling down and Shrek 2's theatrical debut long gone, Athens 2004 is a title whose raison d'etre has yet to come. Typically, a leap in sales would be expected, but with 2004 games' opening ceremony in mid-August it's difficult to imagine a resurgence for Sony's Olympic title.

Splinter Cell: Pandora Tomorrow enjoys a slight boost from six to five, as does McAfee Internet Security, moving up two to this week's six.

The latter part of the top 10 demonstrates, as though we didn't already know, how EA can own a good portion of the charts. Need For Speed: Underground, now in budget clothing, moves from 10 to seven. Harry Potter: Prisoner of Azkaban makes way, dropping to eight, while UEFA Euro 2004 begins to show signs of its increased downward pace, slipping from five to nine. Right behind it, moving steadily upward, is budget team-mate, FIFA 2004. A further 10 Electronic Arts titles can be found elsewhere in the Top 40, powered in the most part by a concerted budget re-release.

The summer release famine takes a firm grip this week. Not a single new release can be found in the whole of the top 40. The only two new entries are both thanks to the releases of NES Classics on the GBA, both of which were in fact released last week. Super Mario Bros comes in first at number 19, while Pacman munches its way to 30. Re-entries all come courtesy of the aforementioned EA budget onslaught.

Noticeable movement is seen from Sony's squawk-em-up, SingStar. With the schools breaking for the summer, the title has jumped from 27 to 17. Expect a glut of SingStar-powered "hopefuls" in the next series of Pop Idol. Urgh. Moving in the other direction, Sega's Sonic Heroes takes a serious fall from 19 to 34.

Next week - the Gamecube and Xbox release of Army Men: Sarge's War. Expect little from this title until the PS2 release at the end of the month.
Companies: Activision Atari Nintendo Sony
Games: Athens 2004 Driv3r Shrek 2 Spider-Man 2: The Movie