In name at least ? Key brand set to live on 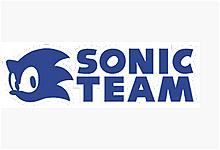 As Sega Sammy Holdings compresses the fragmented structure of both companies into one, easy-to-digest videogame breathmint ? bracing to spawn one of largest entertainment companies in Asia ? it has emerged that Yuji Naka?s Sonic Team will retain its identity.

As the Sonic Team website closed down last Thursday, the future of the fiercely autonomous studio was partially explained via its official website, with further clarification being offered from the holding company.

According to Hajime Satomi, Sonic Team will retain a certain level of recognition as a stand-alone partner developer, though the specifics were not disclosed. No mention was made of any other Sega development teams, indicating that Sonic Team will be the only studio to represent Sega?s standing of old.

Interestingly, despite the assurance that Naka-san?s department will remain intact, Sonic Team has decided to go on something of a nostalgia trip, offering various collectors? items to its fans in Japan.

A soundtrack featuring music from Billy Hatcher and Sonic Heroes (amongst others) will be offered, as well as commemorative pins, with a limited run of a golden batch to be given away to high-scorers of the Japan-only ST quiz.

For reference, the full tracklist on the CD reads:

We contacted Sega for an update on the studio consolidation happening at Sega Sammy Holdings right now, but we did not receive an authorised comment at time of press.

Also, why is Spong the only site reporting this Sega stuff? I can't seem to find a leg up on any of this anywhere else.

Joji 6 Jul 2004 21:33
4/5
Well this is indeed a sad day, first they leave the console market and now this. Should be interesting to see if Sonic Team prevail or fail to live up to their previous expectations.

Hate to think what's gonna happen next since some staff have left.

First off let me say that as far as my brand-name loyalty goes, I've always been a SEGA nut. If there's anything the rise and fall of SEGA taught us though, it's that just making good games isn't enough.

I never really witnessed what I'd call _agressive_ marketing from SEGA. Sure they got some heat from fans about the SC5 on MTV debacle, but at least they tried. Why did they stop there? I always felt that US gamers would gravitate towards the weird stylings of SmileBit, AM2, or Sonic Team.

If some good can come of this it will be that Nintendo realizes where their current path could lead them. I just plan to keep an eye out for where my favorite SEGA staff members go to; surely all that talent won't go to waste.