ChuChu Rocket! And The Luck Of The Irish

Ireland Conquers all online at The European ChuChu Rocket! Final 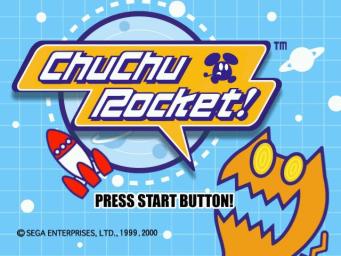 Shaun_2 (online user name) from Northumberland represented the UK after winning the UK final. The atmosphere was electric throughout but when it mattered it was the Irish representative Kevin Lim who stormed ahead to be crowned the first ChuChu Rocket Online European Champion.

Each winner received a Sega Dreamcast pod on winning their territory finals and Kevin will now also be flying off for a weeks astronaut training at NASA's Space Camp in Alabama, USA.

In the UK and Germany, the final was part of an online gaming trial event, allowing the public to play the long awaited Dreamcast title, Quake III Arena for the first time ever. The public response was extremely positive with favourable comparisons to the PC version of the game.
Companies: SEGA
Games: Chu Chu Rocket!