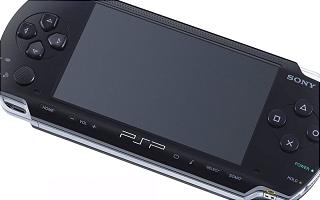 A recent study of the state of the videogame industry by Michael Pachter and Edward Woo - analysts at Wedbush Morgan Securities - has revealed some interesting predictions for the future. Aside from forecasting general trends, the study also made some specific calculations regarding the costing of future Sony hardware.

Whilst the $249.99 estimate for the PSP launch price seems reasonable enough, the possible $700 price tag for the PS3 seems markedly more radical. If the PS3 is to incorporate PSX-like or TiVo facilities, it would apparently cost $500 to manufacture in the early stages. However, by 2006, Pachter and Woo have suggested that production costs could be brought down to around $250, which would enable a launch price closer to the $500 mark. Even if this is the case, such costs may prove to be prohibitively expensive, with the study concluding that "At this level, we believe that many consumers will be alienated."

It's a consideration that Sony is sure to address, most likely via one of two principal strategies. Either the PS3 will be sold at an initial loss, or the console will be sold as a key component in the drive towards technological convergence. If prospective PS3 owners can browse the internet, watch and record digital television, play music, play games and so on, then perhaps they would be willing to spend beyond the normal budget for a games-focused machine.

Elsewhere in the report, there were encouraging predictions about industry-wide growth, estimated to be at a rate of 10% per year up until 2010. This is based on the expansion of the marketplace, with increased interest from females, more resourceful 'tweens' (the 8-14 age bracket) and increased numbers of older gamers.

It is also thought that US publishers will enjoy increased sales in Japan over the next few years, and that PC gaming will reach its all-time peak later in 2004. Sales of Doom 3, Sims 2 and Half-Life 2 are expected to push figures to hitherto unseen levels.

Whether this report reflects genuine psychic talents or merely adds bulk to some clumsy assumptions is difficult to tell at this point in time. We'll let you know if it bears truth in about six years. Stay tuned!
Games: Doom III Half-Life 2 The Sims 2

The news refers to the publication of a report.

From my perspective, the line's not really blurred at all.

>The line between News / Speculation blurs ever
>more..

I'm not sure I agree. This is purely, and clearly a news item about informed speculation. If you find that confusing, that might say more about you than the story.

I mean, I WANT convergence features (but without corporate control of content, which is another issue comepletely). But he problem is, I already have too much unvergent technology - so unless there is a totally uber piece of kit that blows everything I have away, I'm unlikely to be convinced.

My SKY+ box isn't was good as my TiVo was, but it's a single box, and can change channels on SKy, so overall, I prefer it. Dumping Sky+ for a PS3 would be a difficult decision - but doable, since I already have two boxes (Sky+ and PS2) so I could live with that. Also, I currently have a DVD recorder, and the PS3 would make that redundent, so I'm starting to be convinced. But I also have a central media server, so I can watch movies and listen to music all over the house. It's Mac based, and unless PS3 would let me stream my MP3s from that, I would have a problem there. On the other hand, Apple's new Airport Express with Airtunes would solve that problem, so PS3 is a goer once more.

It's really too dynamic a marketplace, with too many factors to make up my mind now about what I'd buy next week, never mind next year!

My advice to Sony would be put out two PS3s from Day one. A $300 one which only plays games, and a $700 one which is a media centre. And let buyers choose. But don't bring out the media centre a year later, and expect people who already shelled $300 for the games unit, and already have Sky+ and a DVD Recorder to buy it.

Alan is my first name 22 Jun 2004 15:08
5/15
So anyway, I went to the store once to get a microwave since mine was getting really old. I mean, it was one of those that you had to turn the dial and...well, you know. Anyway, I went to the store with about $100 in hand to get a pretty nice one, but they didn't seem to have any! I mean, they did, but it was this $500 thing that doubled as a dishwasher, fridge, can opener and DVD player.

I mean, it looked pretty cool, but all I wanted was a stupid microwave. Although I did end up buying me some new jeans before I left. They make me look like a cowboy.

Wow. A store that sells Microwaves and jeans.

Does the UK have Sears?

>Does the UK have Sears?

And similar "department stores" are now closing to be replaced by large out of town strip mall "specialists".

Oh, and Walmart, of course.

fluffstardx 22 Jun 2004 18:19
10/15
We have plenty of places that sell microwaves and jeans in the same place- Rackhams, the big supermarkets, any department store...

And the idea of convergance scares me. After all, i don't own an oven/fridge/freezer/grill/tv/vcr/dvd player combi, and never will... then again, i won't be an early adopter, just like i haven't been with any Playstation. In fact, until the next gen becomes a real affordable option, i'll probably opt out.

As for the PSP... it could come with the above combi for free and i still wouldn't touch it. It's the pot noodle of gaming- an easy and cheap version that pales in comparison to the real deal.

>We have plenty of places that sell microwaves and
>jeans in the same place- Rackhams, the big
>supermarkets, any department store...

My point was that the "any department store"s are become less common as the town centres (where they were traditionally located) are reamed by out of town, and usually specialist, shopping.

Not wanting convergence is fair enough. After all there were people who didn't want the automobile and the printing press.

But calling the PSP a pale imitation is hardly fair. It's like calling an MP3 player a pale imitation of a hi-fi system. It's designed with doifferent objective, and the comprison is spurious. The PSP will be the best gaming experience you can get on a plane, or a train. Your PS2/PS3 won't be able to imitate that feature at all!

Now, the DS- there lies potential. Wi-fi, microphone, touch screen... tell me, what chance have i, someone whose daily travel doesn't allow for long gaming, to play any of the planned PSP games? Having read the release list, i find it hard to believe sony have thought this through.

>tell me, what chance
>have i, someone whose daily travel doesn't allow
>for long gaming, to play any of the planned PSP
>games?

Yeah, I agree, it is up to the individual to make their own mind up about it, and it will depend on your lifestyle. My daily travel to work is 30 minutes on a mountain bike...

But I know I'll want one for those times my wife wants us to spend two weeks at a lovely secluded villa, and I'm bored off my tits. Or for transatlantic plane flights or whatever.

Joji 23 Jun 2004 17:08
15/15
For me the price for both PSP and PS3 will be key to whether I buy them. More so for the PSP because it's hand held. If it's too expensive I'll be waiting forever for a price drop, cause Sony love to keep their prices so high.
PS2 has been out much longer than GC and Xbox, and is still the most expensive. I can understand it's success and all, but that high price and all the extras (DVD remote, Multitap, stand etc) you have to buy take the piss.

I'm very lucky I won that PS2, cause the thing that stopped me from buying a PS2 was the price.

I know the news for this topic is speculation again, so I'll take things with a pinch of salt, but I'd much use a DS knowing the games are unique to that system alone. PSP will most likely get loads of uninspiring ports, we'll have all those crap games to dig through to find the good ones, just like we did with PSone and PS2.
Posting of new comments is now locked for this page.