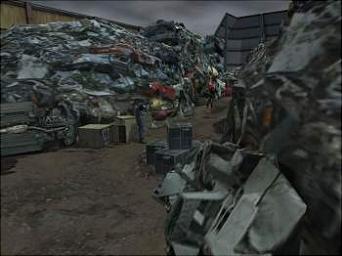 All Images (3) »
After all the effort Team Soho had put into accurately mapping a large chunk of central London for The Getaway, it?s good to see a bit of recycling. The 25 square mile environment has been improved though - The Getaway: Black Monday will incorporate sections of the River Thames (presumably as a dumping ground for corpses, rather than for ancillary fishing mini-games) and several London Underground tube stations (although if the graphics engine can?t handle several million people on-screen at one time, that might be less than convincing!)

Apart from these geographical enhancements, Black Monday will be a logical sequel, attempting to improve on the weak points that let the original down. As a ?cinematic? title that places importance on its numerous cut-scenes and ludicrously clichéd mockney wideboy characters, let?s hope they got a proper script editor in on the job for the sequel. Dahn Lahndahn way, we thought they were 'avin a larf last time rahnd...
Companies: Sony Team Soho
Games: The Getaway: Black Monday