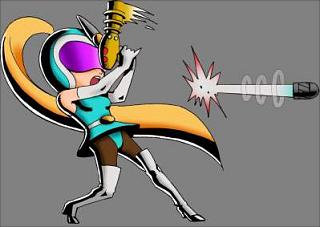 Reports springing up this morning, seemingly stemming from the US, confirm that an Xbox version of Capcom's upcoming Viewtiful Joe sequel is already in production - great news, if it's true.

Interesting stuff. Of course, we all hope that an Xbox version of Viewtiful Joe will see the light of day as the more prolific such gaming becomes, the healthier the industry will be.

Stryfe01 5 May 2004 13:39
1/2
Do not knwo where your source for thsi chatter was, but all IGN said was they contacted Capcom Japan and asked why the Xbox was getting no Viewtiful love. The response was that a port was not ruled out, just not happening now. Then the rep preceded to say they were developing more Xbox titles in the future.

So if you heard anymore "chatter" you need to get a better hold on it before you waste news space. Honestly the only place that said anything on Joe was IGN...

scanman 8 May 2004 21:29
2/2
wasnt there something on gamspot about an xbox version posted at the end of april?
Posting of new comments is now locked for this page.