When Licenses Attack! Electronic Arts in the Dock 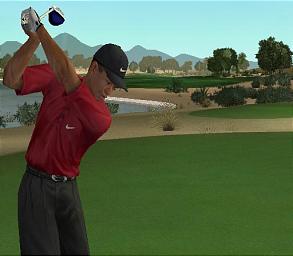 Tiger goes clubbing, doesn't dance to anything on EMI Records
All Images (2) »
Reuters today reports that music and entertainment conglomerate EMI has filed a suit against Electronic Arts claiming that the publisher has used a whole host of its music in an impressively large range of its Sports software titles without permission.

In its claim, filed in federal court in New York this week, EMI mentions that a number of EA's recent sports titles, including Madden NFL 2004 and Tiger Woods PGA Tour 2004, use songs that "embody copyrighted musical compositions that EMI owns, co-owns, administers or otherwise controls."

However, according to Electronic Arts, EMI has got the wrong end of the stick. In a statement, released yesterday, EA claim, "This entire lawsuit is related to a single song that samples lyrics from another song. Our use of that song was licensed directly from the artist. We have agreements for every song used in our games," it boldly states.

EMI is claiming revenue splits across a broad range of titles, with damages claimed said to be "in the tens of millions".
Companies: Electronic Arts
Games: Madden NFL 2004 Tiger Woods PGA Tour 2004

>I've seen some funny things on Spong but the
>"Tiger goes clubbing" comment made me laugh so
>hard that my waistband went 'Ping'. LOL ;)

I second that emotion! SPOnG dude what writed that caption, pat your self on the back, from me!

Anyone remember truly funny captions in computer games magazines? What happened to them? I miss them.

I suspect, corporate hating paranoid that I am, that they were outlawed for fear of annoying advertisers. Magazines were so much better when companies like Future were wholly owned by the board, and weren't afraid to stand up to publishers. Nowadays, Future has bent over, and greased up for the Microshaft.

>I second that emotion!

>>>My favourite has to be from a series of screens of an NBA game shown in Saturn Power. The basketball looked like a white egg. "I've laid an Egg!", "Have you been a chicken long Bob?", "Since Tuesday!".

>I suspect, corporate hating paranoid that I am,
>that they were outlawed for fear of annoying
>advertisers.

>>>>I dunno. Mags with a good sense of humour used to perform well - i.e. Yours Sinclair ( I never read it, but saw the same staff and sense of humour carry through to Game Zone, and eventually PC Zone, when Lord Paul Lakin first set it up ). There's such a deadline pressure environment, and a race for exclusive coverage, and getting the first shots/code/report, etc, that maybe that's how humour is overlooked. Although I cannot say humour is totally absent from today's mags, I do have fond memories of stuff you just wouldn't read now, like the Game Zone team testing a science lab's virtual reality technology and one of them going to piss behind a virtual tree, only it was only virtual, so all the scientists could actually see what was going on....and seem to recall in the same Cartridge Family story, Duncan MacDonald [ or was it Patrik McCarthy? I always used to get them muddled up ] came out so pixelated, they thought he was a donkey, and rode him for the duration of the virtual experience.

>companies like Future were wholly owned by the
>board, and weren't afraid to stand up to
>publishers. Nowadays, Future has bent over, and
>greased up for the Microshaft.

>>>I can't criticise modern mags wholly, simply because I don't buy nor read them enough to give fair comment. Nonetheless, I edited a fanzine I hope to make a proper commercial venture in due course, that has a high sense of humour with Game Zone inspired editorial stories, yet also honest-to-god consumer reviews written by real members of the public who have had to pay hard earned cash for the games. I did up a demo issue last year, that can now be viewed online at: http://www.unitedgames.co.uk/may2003/
At the moment, I am working on business plans and looking for finance, but hope I won't end up selling out on the reason we started doing United Games in the first place. A mag very much by the public, for the public. Or "Extraordinary Media by Ordinary People" as our new tag line will soon read.

Oooh...shameless self promotion. Now I feel all dirty...*runs off to take a bath*...