Rumour talks of talent buy-out for key point in series 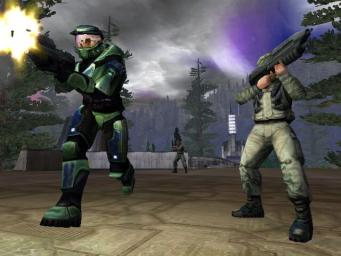 Halo
All Images (3) »
According to various reports doing the rounds this morning, Electronic Arts is engaging in something of a talent shopping spree, apparently successfully courting the skills of former Konami and Bungie developers to work on the company's next 007 offering.

Specifically, Takayoshi Sato of Silent Hill fame is said to be charged with the role of art director, hinting towards a darker, more adult twist in EA's flagging James Bond series.

Other talk doing the rounds claims that an as-yet unnamed "key Halo development team member" has been coaxed away from Bungie Studios to work on the new game, which has been curiously tagged as a true follow-up to Rare's Nintendo 64 classic GoldenEye.

Expect clarification in the coming weeks.

Nosce 6 Apr 2004 11:28
1/4
I think they're talking about this Goldeneye 2 thing where you play as the villans. Theres something about it on the Everything or Nothing website.

Its good to see that the bond games are getting some talent, showing that EA is at least trying to make good games.

Brown Force 6 Apr 2004 12:34
2/4
I seriously doubt the member of Bungie team was that important. Tell me this, why would a key developer leave Bungie now? A few months before perhaps the biggest selling games this year and the most anticipated game of 2004? Which will no doubt shoot Bungie to the same level as the likes of Square-Enix and the rest and make the developers ritch etc.

Personally I think this recruitment is done for 2 reasons

1. To hype up the game and keep it in the public eye.

2. Put down the doubters who have a point. Who are saying this will just be another half arsed Bond game. Now EA fans can say they have people from Bungie and Silent Hill 3 working on it so it must be good.

Next they'll recruit the tea lady who worked for MGS3 develpment team. That'll make it a certain hit!

Stryfe01 6 Apr 2004 14:55
3/4
My thoughts exactly. Ea is just trying to generate hype. If you watched the Halo video about how it was before as a RTS. They talked about someone who recently left their team. They were making fun of that person and i'm sure it's him EA has hired. Key would seem very unlikely.

It would seem like EA is going for a credibility drive right now! Signing Burnout and reusing old IP etc...
As far as the baddies thing goes, I heard that too. Good idea apart from one thing: Bond baddies just sit in chairs in their hideouts until Bond comes in and f**ks up all their plans. They decide to take over the world or something and all is well until they get rumbled. So how would it work?