UK Charts: 007 Hangs on to Number One Spot For EA 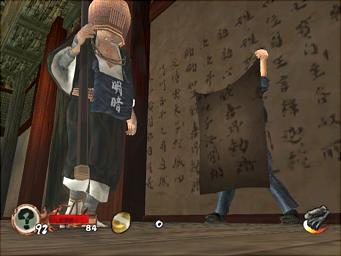 Tenchu: Return From Darkness
All Images (5) »
Electronic Arts' domination of the All-Formats chart according to ChartTrack is finally on the slide, with a mere three titles in the top 10. This would be just two titles were it not for a new entry at number three for the latest title in the much-admired Battlefield series, Battlefield Vietnam.

Atari's Unreal Tournament 2004 hasn't performed as well as the publisher would no doubt have hoped, failing to make the top five. Still, number six with a hail of bullets is a resounding success compared with the third and last new entry in the All Format chart, the Xbox exclusive release of Tenchu: Return From Darkness. In a manner resembling its gameplay, the game entered stealthily and barely noticed at a laughable number 29.
Companies: Electronic Arts
Games: 007: Everything or Nothing 007: Everything or Nothing Battlefield Vietnam Cricket 2004 Tenchu: Return From Darkness Unreal Tournament 2004 Unreal Tournament 2004

Rod Todd 23 Mar 2004 12:47
1/5
Dude, I haven't followed the "much-admired" Battlefield series (because EA games usually bore me so mouch they make my teeth hurt), so I don't really know what I'm talking about here. But how do/can we know that Battlefield Vietnam is the last in the series?

Surely it's unlike EA to allow a horse to die without subsequently flogging its corpse until the skins all flailed off. What about Battlefield: Falklands, in which the US play a mainly spectatorial role, and hence avoid shooting any of their allies? Or Battlefield: Dessert Storm, in which the US decide not to bother fighting in the gulf, which hios hot and sandy, but instead stay at home and have a huge food fight, exclusively with puddings.

Or Battlefield: Earth, whereby aliens attack our planet, and the massed hoardes of Scientologist gather to defend us by "personality test"ing them to death, when this doesn't work, they aim to cripple their warship by overloading them with tons of crappy science fiction books, before finally winning by getting John Travolta to bore them to death in the Movie of the game.

I love that game!

Joji 24 Mar 2004 01:17
3/5
"Ha ha ha ha ha" laughs the faceless EA man in his Lex Luthor type skyscraper, as he sips his Kool Aid. "Another step in my cheesy domination of the industry, my plan is working slowly....somebody stop me." The Kool Aid is clearly going to his head, thats why it's swelling. Does EA stand for extremely annoying? I give them credit though, some of their games are good.

>But how do/can we know that Battlefield Vietnam
>is the last in the series?

EA will never let a dog die if there's a milli-litre of breath left in it.

Damn, dude, I think I might be 'te' blind.
Posting of new comments is now locked for this page.