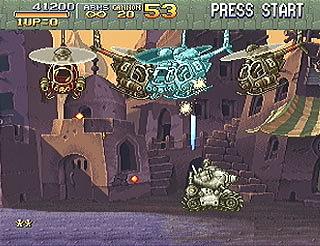 The Xbox version will come complete with an Xbox Live driven global leaderboard - which is nice - as well as a batch of extra levels and unlockable features - which is even nicer...

"The Metal Slug franchise has always been a consumer favourite. Now Xbox owners will be able to compete nationally to see who's best on this faithful arcade adaptation."

As the US version is scheduled to ship in May this year, expect a European release at some point over the summer.