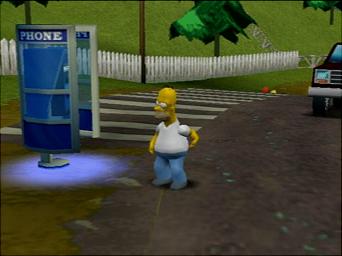 All Images (4) »
Although licensed games generally come in for a slating from the hardcore, Radical Entertainment?s The Hulk and the Springfield GTA that is Simpsons Hit and Run were both respectable games that sold pretty well on the Vivendi label.

And with this in mind, a deal has been inked between the two companies, with six multi-platform releases due within the next few years.

"Radical Entertainment is one of the pre-eminent game developers in North America and their track record speaks clearly as to why they are an attractive development partner for our company," said Bruce Hack, Chief Executive Officer of Vivendi Universal Games. "Our agreement with Radical demonstrates VU Games' commitment to strengthening our development capabilities."

"We are looking forward to focusing our development efforts with VU Games, as we've had tremendous success working with them over the past few years," said Ian Wilkinson, Chairman and CEO of Radical Entertainment. "Our team is very excited about today's announcement and the new titles in development."

Expect light to be shed on exactly what all this means at this May?s E3 extravaganza. We?ll bring you coverage then.
Companies: Radical Entertainment Vivendi
People: Bruce Hack Ian Wilkinson
Games: Hulk The Simpsons: Hit and Run