Actor roster revealed for next instalment of Splinter Cell. 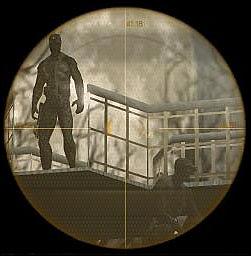 All Images (4) »
Ubi Soft has announced the list of voice talent it has signed up for the highly anticipated Xbox sneak ?em up Splinter Cell: Pandora Tomorrow.

Dennis Haysbert, (24, Far from Heaven, Major League, and Heat) will take on the role of Irving Lambert, Sam Fisher's hard yet fair supervisor and colleague. See, it's like Hollywood in a game! But there's more!

Lalo Schifrin, famed for the Mission: Impossible theme, along with countless other scores, will add musical harmony to the espionage thriller.