Shock move for seminal series as Live! and cash merge to form LiveCashATron! 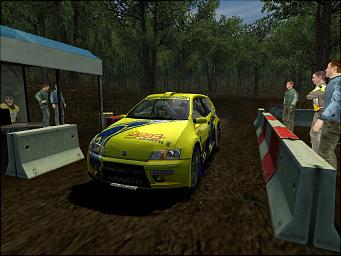 All Images (2) »
Shock news breaking this morning sees the PlayStation and PC versions of the excellent Colin McRae Rally 4 cancelled in the US, in favour of releasing the game as an Xbox exclusive.

The game will have online support, though disappointingly Codemasters has confirmed that this will only feature score upload, not full racing as we were led to believe last week. As to why Codies didn?t make use of the online racing technology it developed for the Xbox version of TOCA is a mystery.

Unfortunately that?s all we know at the moment, as details on the whole project are pretty scarce.