Narcissism and videogames. If only we weren?t so ugly? 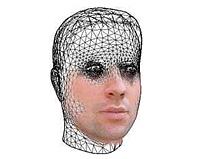 As everyone knows, getting your face in the latest videogame is of the utmost importance. That way, everyone else you are playing with can see what you look like from the neck up. How have we survived for so long without it?

To the point, Sony Computer Entertainment Europe has announced a deal with Digimask that will see facial mapping become the norm in PlayStation 2 and soon, PlayStation 3 software, by way of making use of the nifty EyeToy motion-sensing webcam thingummybob.

A piece of technology will be made available to developers which is built around Digimask?s Personal Head Creation software, meaning that an explosion of head-mapping in PlayStationland is sure to occur.

Two rather interesting examples given by SCEE in its press release on the subject. You will now, for instance, be able to compete alongside David Beckham or Colin McRae in certain games, or just make an avatar for yourself for virtual killing purposes.

Canny readers may well remember that such technology was planned for Perfect Dark but never took off for reasons unspecified. The Dreamcast was also supposed to bring face-mapping to the mainstream but again, this never really caught on.

We?ll let you know exactly what is planned for the EyeToy Digimask collaboration in the near future.
Companies: Digimask SCEE