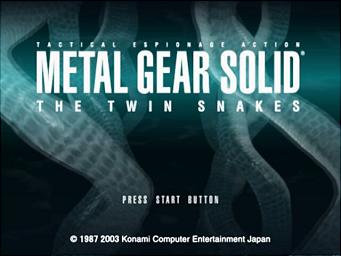 All Images (5) »
Having announced the release of a new Metal Gear Solid game earlier this year, Nintendo and Konami gave GameCube owners yet another reason to look forward to 2004.

And despite the fact that it?s a not a brand new story, The Twin Snakes, which is a GameCube remake of the PlayStation hit of 1999, remains one of Nintendo?s hottest projects for next year.

The game will receive a major graphical overhaul, as the screenshots will attest, and is set to include a number of as yet undisclosed bonuses and extras.

The Twin Snakes will probably release in the second half of next year, and is being supervised by industry veterans Hideo Kojima of Konami and Shigeru Miyamoto of Nintendo.