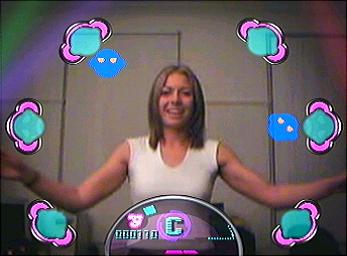 Sega Japan has made the unusual move of signing a deal with Sony Computer Entertainment Europe that will see EyeToy equipped PlayStation 2 units take ?premium? places within the firm?s chain of arcade outlets across Japan.

The SegaWorld arcades will each receive two EyeToy pods, one hosting EyeToy: Play and one running EyeToy: Groove, and will be free to play to the public.

According SOJ?s press release on the issue, the aim is to attract a new type of gamer to the arcades, with a focus on entertaining girls that visit the coin-op emporiums with their boyfriends.

Understandably, this move has again re-ignited talk of a full third-party roll-out strategy for the EyeToy camera, which has sold unbelievably well in Europe. It is believed that SCE is already in advanced negotiations with a variety of publishers and developers that will see stand-alone EyeToy titles hit shelves from mid-2004.

The games will be available with or without camera, and will come with a budget price point of Ł20 or less.