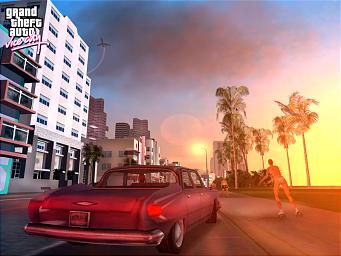 Imagine the blissful irony we could all enjoy, aside from those at Rockstar, if it turns out that the concept underpinning the acclaimed Grand Theft Auto series was actually stolen.

Well, according to Mark Gallagher, a Scottish games designer, this is exactly the case. He attended a job interview at DMA Design (erstwhile Rockstar North, pre-Take 2 buy-out) wherein he demonstrated a game called Crime Inc., which was mission-based, adult-themed and involved gangs taking part in street crime. You know, kind of like Grand Theft Auto?

Anyway, Gallagher claims that a disc featuring Crime Inc. was retained by the firm, and the next thing you know, up popped Grand Theft Auto, a smash hit for PlayStation and PC.

He is now demanding Ł1.5 million for the use of the idea - a paltry sum given the massive sales enjoyed by the series.

And this is not the first time that such allegations have been levelled at Take 2. Indeed, following the announcement of State of Emergency, one developer was more than happy to tell anyone that would listen that Take 2 had been in talks about a riot-themed game with his company for several months. Then, from what we were told, Take 2 abruptly terminated discussions and announced State of Emergency.