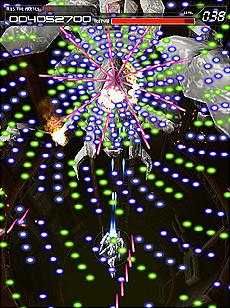 Success Japan has confirmed long-standing rumours, announcing that Psyvariar II: Will to Fabricate will make the jump form Naomi arcade to Dreamcast later this year.

Scheduled to hit Japan on February 26, Psyvariar?s impeccable Buzz shooting mechanic revolutionised up-scrolling 2D blasters and was greatly overlooked in terms of its importance in revitalising a flagging genre.

Indeed, some argue that without Psyvariar, the acclaimed Ikaruga would not have been conceived, given that the robot-aesthetic, super-intricate bullet pattern combined with the ability to utilise enemy fire, didn?t exist before Psyvariar?s release in 2000.

Although the Dreamcast version is highly unlikely to get a release in the west, a PlayStation 2 port cannot be ruled out.

For the curious, Psyvariar Complete Edition featuring both the original game and the 2001 re-work is still available on the Xplosiv label, if you?re looking for a taste of what the fuss is about.
Companies: Success Xplosiv Software
Games: Psyvariar: Complete Edition