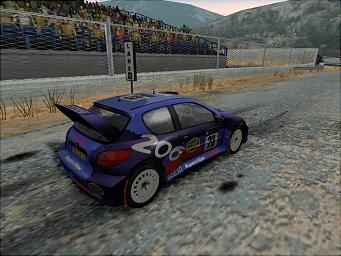 Codemasters has announced that a PC port of the acclaimed Colin McRae Rally 04 will be hitting the shelves as early as March next year. Complete with the obligatory LAN/Internet support, the game promises to offer the chance for up to eight players to compete in both Championship and Stage races, in either competitive or co-operative team challenges.

Obviously, if you've got the relevant kit ticking over under your PC's proverbial bonnet then this is likely to be the most scrumptious looking of the versions available. So if you're after that ultimate rally experience, all you need is another seven machines. And friends. Better get saving! Socialising too!