No real surprises here - strong Nintendo and Sega presence confirms PlayStation generation hasn't got it sewn up yet. 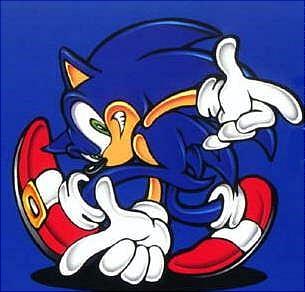 ELSPA, the Entertainment and Leisure Software Publishers Association, and respected website ComputerAndVideogames this morning published the results of their poll, announcing their readers? favourite games from the last 30 years. The list of games reveals catholic tastes ? Doom and Tetris sit happily together just outside the top ten, for instance - and it?s nice to see some genuine oldies-but-goodies still hanging in there (hello Lemmings, welcome Space Invaders!). More recent games showing strongly are Halo, Shenmue, the majestic Gran Turismo 3 from Polyphony, and the genius double whammy from Rockstar that is GTA III and Vice City.

Let the arguing commence, as offices, forums and chatrooms around the globe peruse the top 30. Here goes?

On hearing the news,Yuji Naka, creator of Sonic the Hedgehog said, "I am delighted and extremely honoured that Sonic the Hedghog has been chosen as the most popular game over the last 30 years, especially against such strong competition. Sonic and I would dearly like to thank the wonderful game lovers that have voted for us. I hope to keep creating games that will be loved by everyone forever."