FIFA Knocked off the Top of the Pile?

?by Electronic Arts! EA taking over for Christmas. 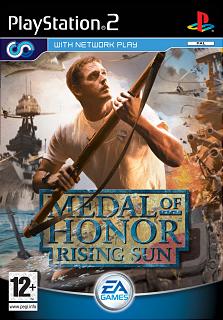 Electronic Arts? latest Medal of Honor offering, Rising Sun, has toppled EA Sports? FIFA Football 2004 from the top of this week?s All Formats chart, according to ChartTrack.

EA dominate the top ten chart places this week, with Need For Speed: Underground holding steady at number two, FIFA Football 2004 down to third spot, The Lord of the Rings: Return of the King at four, and Quidditch World Cup at number nine. That?s five EA titles in the top ten, and there are seven more in the rest of this week?s All Formats top 40, meaning more than a quarter of the chart is inhabited by Electronic Arts titles, signifying a bumper end-of-year bonus for some lucky employees ? amazing!

Still with the All Formats chart, Ubi Soft is probably wondering what it?s done to deserve a frankly poor placing of number 10 with Prince of Persia: The Sands of Time, and an unbelievably shabby number 30 for the obviously unappreciated XIII. Especially disappointing when one considers that XIII has been released on all contemporary non-handheld platforms.

Shiny, happy Project Gotham Racing 2 for Microsoft Xbox got a bit of a shock too, debuting lower than we expected, at 17. Perhaps developer Bizarre Creations should consider that punters might just be getting bored of powersliding overly-shiny cars around deserted (but pixel-perfect!) cities. Civilian traffic is an essential element in today's street racer.

In other chart news, it?s worth pointing out that there has been movement in the N-Gage chart ? numbers four and five have exchanged places. Ahem.

This week is the last big week of the year as far as new releases go, and we?ll bring you all the main movers and big shakers in the charts this time next week. It should be interesting?
Companies: Electronic Arts Ubisoft
Games: FIFA Football 2004 Medal of Honor: Rising Sun Prince of Persia: The Sands of Time Project Gotham Racing 2 XIII