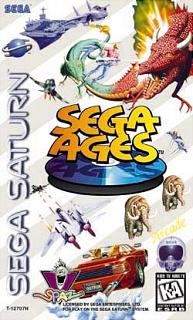 Remember - It's not the first time!
It has come to light that Europe will see a full rollout of Sega?s delicious retro selection SEGA AGES as early as quarter one next year. Fantastic news indeed!

Conspiracy Entertainment has signed a deal with the Sega offshoot that will see Fantasy Zone, Golden Axe, Monaco GP, Phantasy Star and Space Harrier all released early next year, exclusively for PlayStation 2.

We?ll bring you impression of the ?better have a 60 Hz option or else? range as soon as we can.
Companies: Conspiracy Entertainment SEGA
Games: Fantasy Zone Golden Axe Space Harrier Super Monaco GP