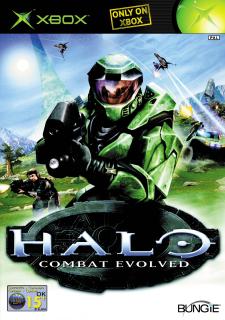 Some stories even reported that the game was set to be announced, or released tomorrow, November 15.

It?s all nonsense, the result of some of the laziest journalism the industry has ever seen.

The rumouring began when a bunch of forum users, an amusingly evil little bunch who shall remain nameless, decided to spoof as many sites as possible with fake news, relating to a possible secret launch of Halo 2, even providing mock-up TV grabs from a fictitious commercial.

One site in particular fell hook, line and proverbial, even running details of a meeting between Microsoft representatives and certain retail outlets that didn?t happen.

It was all lies.

However, deciding that there was no smoke without fire, one journalist discovered that a guide from respected publisher Prima was on the cards, and putting two and two together and getting a fish, decided that this was Microsoft?s top secret Christmas title and would be a version of the original Halo, with online play - a laughable concept at best, a complete disgrace at worst.

Prima has sought to clarify the situation. ?It only takes a phone call or email to us, or US guide and game distributors such as GameStop to learn that there is no scheduled 'Halo Deluxe' game on the complete release schedule. This is, incidentally, the easiest way to learn when (or if) games (and guides) are coming out in the forthcoming months.?

Microsoft echoed this. Although the official line, ?We don?t comment on rumour and speculation? was first up, off the record, senior staff slammed the blunder. ?It would have only taken one phone call,? one said.

The price of a phone call? About 20p at most. A career to others.