Bat and ball not taken home after all. 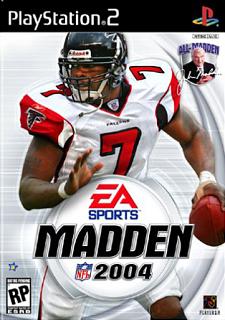 According to Chip Lange, head of EA Sports, the world?s biggest third-party publisher is in discussions with Microsoft that could see the company?s market-leading sports titles played over the impressive Xbox Live network.

EA's name was ominously missing from the publisher list when Xbox Live was announced to the world. We spoke exclusively with Microsoft?s J Allard immediately after the event, it was clear that the Live business model was not acceptable to the famously aggressive Electronic Arts strategists.

Electronic Arts has worked on games exclusively for Sony?s online facility. However, the written agreement was only exclusive to a select number of titles on PS2. Glen O'Connell of Electronic Arts UK has brought clarity to the situation, telling us that Xbox Live was never ruled out, and dialogue continues between EA and Microsoft over support for the service. He went on the tell us "EA has not changed its policy on support for Microsoft's online offering, and still believes that the current Xbox Live business model is not fair to third party publishers".

Let's hope a resolution can be reached, and look forward to an announcement in the near future.
Companies: Electronic Arts Microsoft Game Studios SCEE