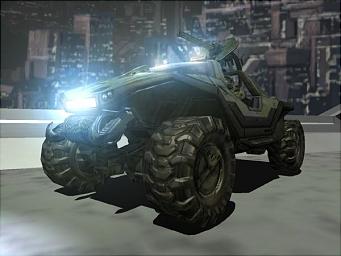 All Images (3) »
This week will go down in history as 'HaloTon' week. Chatter has told of a secret launch of Halo 2, slipped into stores around the world by Microsoft as part of a commemorative gesture to mark the anniversary of the Xbox launch in the US.

Speaking on the game?s official forum, a member of the development team posted the following:

?Despite all the juicy rumours floating around the net lately, I can confirm with absolute certainty that Halo 2 is NOT coming out in 2003. As we have said for quite some time now, the game will be released when it is done and that will be in 2004. It is not coming out next week. It will not be on store shelves this holiday. Why would anyone want to do a "secret release" with a property as big as Halo 2 anyways? What possible benefit is there in sneaking it onto shelves without making the consumer aware?

?Please remember that unless you hear it direct from Bungie, you shouldn't pay attention to any release dates or speculation you see or hear. I'm sorry to crush hopes of playing the game early but it's better than getting your hopes up prematurely. I'm as eager as you are to get my hands on the finished game but we're not there yet.

?When the time is right, I imagine we will have more to say about a firm release date. For now, we stand by what we've always said - Halo 2 will be released when it's finished.?