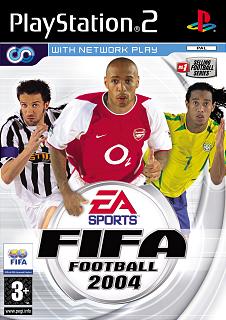 If you listen to the preaching dished out at leisure by Pro Evolution Soccer aficionados, you may have heard that the reign of Electronic Arts' FIFA is over.

FIFA 2004 is a massive improvement over EA's 2003 offering, though many a hardcore soccer gamer will still claim it's inferior to Konami's Pro Evo. However, FIFA 2004 continues to ride high in the UK charts, enjoying its third consecutive week at number one. Surely evidence that the casual gamer thinks otherwise, no?

Amazingly, FIFA 2004 held on to the top position despite the release of one of the world's biggest brands, and one of the most anticipated games of the year. THQ's WWE Smackdown! Here Comes the Pain, at one time guaranteed to take the top slot and stay there for months, managed only the number two spot. The third place position was taken by True Crime: Streets of LA. Being Activision's biggest release in some time, and considering their current financial issues, this is hardly likely to be the result they were looking for.

As the race for the Christmas number one spot heats up, we'll continue to bring you the latest chart news.
Companies: Activision Electronic Arts Konami THQ
Games: FIFA Football 2004