Nokia doomed: N-Gage cracked like an egg ? games on other handsets

Siemens phones up and running with Nokia software. 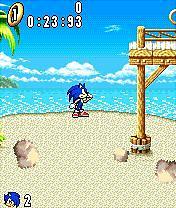 All Images (7) »
Nokia will today be licking its wounds and doing a fair amount of worrying, with the revelation that the N-Gage's security has been cracked like an egg, with other manufacturers? handsets able to play the machine's software.

Specifically, the Siemens SX1 is already capable of running N-Gage games, with Sonic N being the only game seen in public, though it?s expected that the others won?t be too far behind.

This is expected to be the start of a process that will see third-party hardware add-on sales of devices that will enable many phones to simply suck up the N-Gage content, then go on their merry way.

Nokia?s reaction to this new, seemingly unforeseen problem, will be interesting to observe, to say the least.