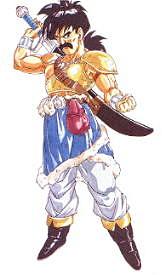 All Images (3) »
Square Enix announced this week that it is to re-release Dragon Quest V, originally a Super Famicom exclusive, for PlayStation 2.

The game will be re-made by Matrix Software and is likely to see a variety of graphical updates and a revised battle interface, but is unlikely to match the quality of Dragon Quest VIII.

Nothing was mentioned regarding a PAL release, but if Square-Enix keeps its promise to take better care of European fans, we might just see the first ever Dragon Quest game hit British shores sometime in 2004.
Companies: Enix Square Enix
Games: Dragon Quest V