Reports bogus as GC's Dredd Vs Death goes into production. 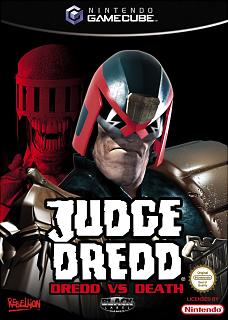 Following reports emerging today that the GameCube version of Dredd Vs Death had been canned, we can confirm that this is not the case.

“The game has already gone to Nintendo and is being manufactured. Sometimes big companies get wires crossed, but this would appear to be the dog-ends of speculation regarding other GameCube titles at other companies from several weeks ago. We’re really annoyed.”

And indeed, had the site that ran the story bothered to make even one phone call, they would have found out the very same.
Companies: Rebellion
People: Jason Kingsley
Games: Judge Dredd: Dredd vs Death