Sega fires up the clown music, flogs the PSO horse…

Another bullet, aimed right at the foot. 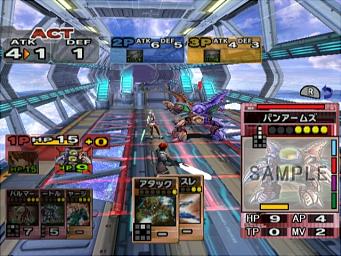 All Images (5) »
Sega, seemingly intent on making a monkey out of itself in an endless procession of clownery, has announced that it will release Phantasy Star Online I & II Plus exclusively for the GameCube.

According to reports breaking this morning, the pack will feature every PSO quest ever, as well as a whole bunch of exciting new items, some new quests and, you know, some other stuff.

The first batch of the Plus pack will, from what we can gather, be shipped alongside Episode III Card Revolution.

All data, items, money, et cetera from other GameCube versions will be transferable. The game will also see full online play, as you would expect.

As to whether anyone will bother picking up PSO Plus remains to be seen.

This news has also left Sega’s fanbase, which includes us as pretty high-ranking members, wondering what exactly the company is up to. Sonic Heroes is getting an underwhelming reception across the board, and the latest release schedules are amongst the least inspiring ever seen from Sega.