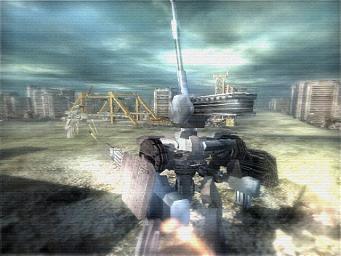 All Images (8) »
Industry giant Capcom is looking for talented gamers to take part in the online Beta testing of Steel Battalion: Line of Contact in the near future. This is a rare opportunity for gaming enthusiasts to try out the online sequel months before its release, so don't waste it.

Anyone interested should contact Capcom at feeback@capcomeuro.com. Applicants must own the original Steel Battalion game, Steel Battalion controller and have an active Xbox Live Online account to participate in testing.

Steel Battalion: Line of Contact allows players to pilot more than 10 new mechs over the course of the game whilst engaging in five-on-five online combat. Through Xbox Live, players must collaborate with other team members to accomplish objectives, expand their troops' territory and declare victory over adversaries. Additionally, they can search for rare VTs hidden throughout the game. The Steel Battalion universe will evolve constantly as new combat situations are introduced and as territory is gained and lost.

The award winning 40-button controller was designed to completely maximise the gaming experience and immerse the player into the role of a Vertical Tank pilot. With trigger buttons to fire weapons, foot pedals to accelerate, boost and brake, levers to shift gears and move left to right, gamers must utilise the full potential of their VT's abilities in order to survive on the battlefield. Mastering the controls of this tactical vehicle will allow players to feel as if the VT is part of their own body.