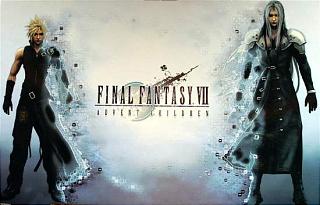 Denied!
We brought you news last week that Final Fantasy VII: Advent Children had been announced by Square Enix. It was widely believed that the announcement related to a new game, following on from the massive FFVII PlayStation original, although SE would only confirm that it was to be released on DVD.

This left several options open for speculation: it was either a game for PlayStation 2, or maybe even Xbox. And if it wasn?t a game, then perhaps an interactive DVD.

It couldn?t be a movie, could it? Especially given that Square Pictures went belly-up more than a year ago.

Well, the worst fears of fans have materialised, as it is revealed that Final Fantasy VII: Advent Children is a CG movie, running an hour in length, due to hit Japan only in summer 2004.

Although this doesn?t mean that the FFVII game world will not be revisited at some point, it certainly comes as a blow to the 10 million fans of the series worldwide.
Companies: Square Enix
Games: 007: Live and Let Die Final Fantasy VII