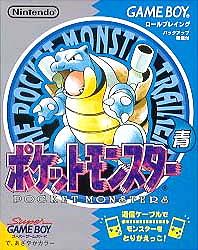 All Images (2) »
Nintendo of Japan has made one of the strangest decisions we can recall, announcing that it is underway with complete remakes of Pokemon Red and the Japan-only Green.

You may read elsewhere that Pokemon Green is the Blue version that was released in the US and Europe, though this is incorrect. Green was the first game to be released in Japan, hitting in February 1995. It fared badly and was quickly forgotten when Red and Blue ignited global Pokemon fever a couple of years later.

So if the game makes it out over here, a whole new game will be at your disposal.

Nintendo revealed that the games will link to Ruby and Sapphire and Pokemon Coliseum for GameCube.

We?ll bring you screenshots in the coming weeks.