You know you?ll read this? 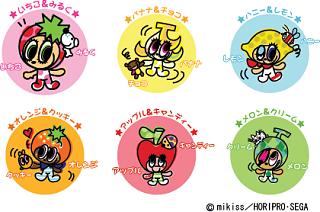 And we are pleased to bring you the first character artwork, fresh from the design desk at Horipro.

According to a release from Sega, the plan is to develop character-driven game playing with children at junior schools, which will then follow on into late teens and beyond. The character art shown is taken from a project entitled Sweet School, the first joint outing from Horipro and Sega.

We?ll bring you updates on this, along with all the best Sega news found anywhere on the Web.
Companies: SEGA