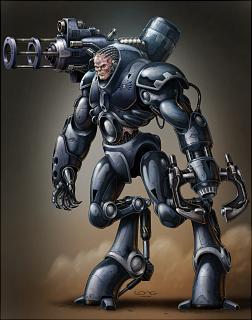 In amazing news to come from QuakeCon over the weekend, it has been revealed that Quake IV will not be the massively multiplayer FPS fans were expecting.

Instead it will be a story-driven, single-player-focused outing, with a story in some way connected to that of Quake II.

Indeed, Rick Johnson, head of the project at developer Raven was heard saying, ?Quake IV is primarily a single-player focused game which will be continued on a near storyline from Quake II. That's not to say that we won't have multiplayer, but our primary focus is currently the single-player experience.?

Why this decision has been made is not clear. Can it mean that Doom III will be the key multiplayer online offering from the id stable?

We?ll bring you more on this amazing story as we get it.
Companies: id Software
People: Rick Johnson
Games: Quake IV