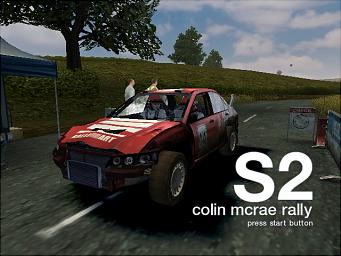 All Images (5) »
Although Colin McRae Rally 3 was a great game - arguably one of the best rally games ever released - it came in for some fairly heavy criticism for being overpowered by Ford Racing's marketing department.

Well it seems that Codies has found Citroen a little easier to deal with - CMR4 is looking to be beyond sublime.

Without question the most important revelation is the fact that, in CMR4, any car can be played in the championship mode - excellent news indeed.

Colin McRae Rally 4 is shaping up to be by far the best rally game in history, as well as perhaps one of the most important driving games to date. We'll bring you hands-on impressions as soon as possible.