But the Japanese will still love it. Honest 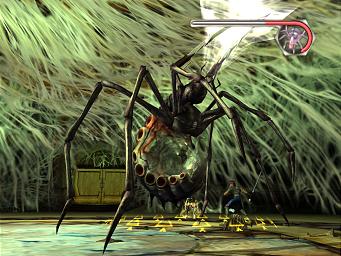 All Images (4) »
'Please Mr Japanese man, please love us', begs Microsoft's beleaguered Xbox department. After a think-tank/brain-storm/idea-blasting session, a new concept was born: A game developed in the West, designed for the Japanese market, complete with a quirky Japanese-sounding name.

That game turned out to be Sudeki, a real-time RPG for Xbox that, in all fairness, looks to be shaping up rather well.

However, today Microsoft Game Studios announced that the Climax developed title has slipped a few months and is now found in the Spring 2004 section of the console's rather impressive release schedule.

Exactly why the slippage occurred at Climax is not clear, though the usual, "focus on polishing the game and ensuring an even greater experience for gamers" comment was offered.

We'll bring you the exact dates, as we get them.
Companies: Microsoft Microsoft Game Studios
Games: Sudeki