Full Throttle into a brick wall 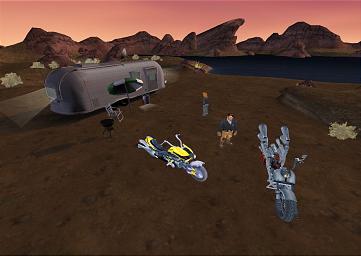 LucasArts have decided to cancel Full Throttle: Hell On Wheels. This will inevitably disappoint fans of Tim Schafer?s top notch point-and-click PC original, but according to LucasArts President Simon Jeffery, the game was simply not up to scratch. Early impressions had looked promising, but the game was conspicuously absent from May?s E3 conference and slipped out of sight shortly after the first details had been announced.

Fortunately, all is not lost. The follow-up to the brilliant Sam & Max adventure, titled Freelance Police is still on the cards. News on the game has been scant since E3, but if LucasArts quality assurance is so tight as to bin Full Throttle completely, then it suggests Sam & Max is meeting their demands. We?ll bring you more news on that as and when we get it.
Companies: LucasArts
People: Tim Schafer
Games: Full Throttle: Hell on Wheels Sam and Max: Freelance Police