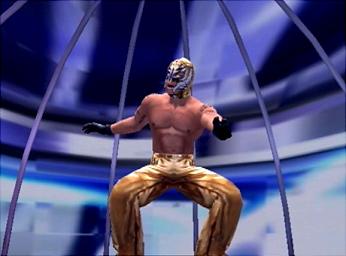 WWE Smackdown! Here Comes the Pain
All Images (3) »
THQ may not quite have as exciting a line-up as your Konamis and your Ubi Softs, but they?re bringing plenty of sproglet-orientated action to Earls Court. Making extensive use of some huge franchises (Smackdown, Disney?s Finding Nemo, Scooby Doo, etc) they should gather healthy-sized crowds without too much difficulty.

There?s no sign of the new GBA licences acquired from Rare, but it shouldn?t be too long until THQ announce their intentions. The Banjo Kazooie name will be central to their future handheld plans and prospective titles like Banjo Pilot could play an important part in THQ?s future. Until then, we?ll have to make do with their ECTS-ready titles as listed below: