SNES original gets a new lease of life. 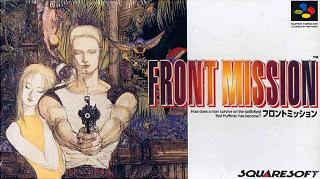 Square Enix is again delving into the company archives this week as the Japanese RPG behemoth reveals it is to bring the original Front Mission game to the PSone format.

Renamed Front Mission First, the re-release is a remake of the 16-bit SNES original, but, like the Wonderswan remake of the same game, is to receive a graphical overhaul and will feature previously unseen missions.

Front Mission First is scheduled for release in Japan this October for a mere 3800 yen (Ł20). A European release is likely to follow.

In related news, Square Enix confirmed a brand new sequel in the Front Mission series is in development. There are no details at present.
Companies: Square Enix
Games: Front Mission