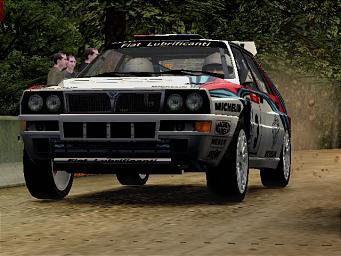 Codemasters has announced some of the best news we have ever heard today. In fact, so happy are we, nothing else matters today, perhaps forever.

Colin McRae Rally 4 for Xbox will feature full-scale online rallying. There will be two leagues per track, as Codies explain: "There will be two Live leagues for each stage: an All-time Best Stage Time League and a Monthly Best Stage Time League. If past Colin McRae Rally gamers are anything to go by, it's going to be hugely competitive and Codemasters will be running competitions to find the game's fastest driver."

When the game launches in late September, Xbox Live will already contain times set by the development team for players to target - good benchmarking indeed.

We have high hopes for Colin McRae Rally 4. The last game was an abomination of marketing tie-in nonsense over delivering to the requirements of gamers. From what we have heard, Citroen is somewhat less overbearing that Ford and CMR4 will once again allow players to drive what they want, where and when they want. Good news indeed.

Stay tuned for everything Colin McRae as it breaks.