Amazing news as UK?s finest struggles to be perceived as on top 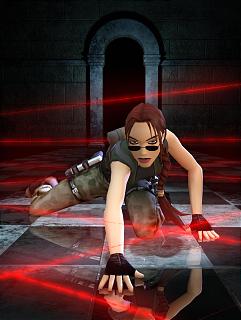 All Images (2) »
Incredible news breaking this morning sees Eidos, the leading UK publisher, drop Core Design as the developer of its Tomb Raider games. Development of future Tomb Raider titles will be handed to a US studio.

"Eidos will now be evaluating Core's on-going direction and contribution as part of the group's overall development capabilities," said the firm in a statement. Core became part of the Eidos group in 1996, immediately becoming central to Eidos' operations due to the release of Tomb Raider on the Sega Saturn in the same year

Tomb Raider work has shifted to Crystal Dynamics, an outfit that has a proven track record of being able to work cohesively with Eidos - a trick that Sports Interactive, Free Radical Design and Core haven?t fully mastered.

What this means for the franchise remains to be seen. Lara failed to make the essential evolutionary leap with Angel of Darkness, and this has to be rectified for the brand to retain its super-AAA status. The mechanic that underpinned the game is simply obsolete. The third-person action game is now a subtly balanced, and highly tuned genre, with certain control and interactivity procedures now expected by players. The fact that Lara will still try and walk into walls is just not acceptable any more. The fact that players must endlessly search environments pressing the action button in order to progress has no place in the modern videogame.

Despite entering at number one in the UK charts, albeit for a short time, it?s unlikely that Eidos will ever recover the development spend invested into AOD. Although the franchise is clearly in the black, tough times loom with franchise-driven consolidation poised to sweep the industry, purging/robbing it of smaller games.

A key franchise such as Tomb Raider cannot afford to gamble its future on a development process that, in this hardware generation, was simply not up to the task.

Whether this news is related to the recent departure of Core and Eidos director Jeremy Heath-Smith was not clarified.