The fight for profitability continues 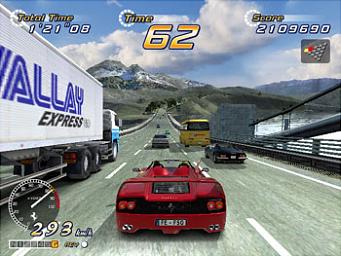 Sega Japan president Hisao Oguchi has finally outlined the research and development studio consolidation plans for Sega, following the announcement that several development teams were to be merged last week.

In a surprise announcement, Oguchi announced that Sonic Team will merge with UGA (United Game Artists). The new, as yet unnamed, team will focus on easy-access games and gaming for younger consumers. Exactly how REZ fits into this category was not explained?

Hitmaker and Sega Rosso, the firm's most prominent action game and non-AM-2 coin-op studios, will merge, with a focus, unsurprisingly, on action gaming. No new title was revealed for the outfit.

WOW Entertainment will merge with Sega Overworks, though the focus of the studios was not explained.

Finally, Toshihiro Nagoshi's Amusement Vision team will merge with Smilebit. Again, the role of this team was not fully outlined.

Unsurprisingly, AM-2 was deemed as untouchable and will remain as it stands today. However, Suzuki will leave his ten-year team in favour of starting a new R&D studio, somewhat narcissistically dubbed Suzuki Studio. It is thought that this will concentrate on high-budget outings, with the illusive Shenmue III again entering the Sega community's collective thoughts.

We'll bring you the software plans of all the above, as soon as we can.