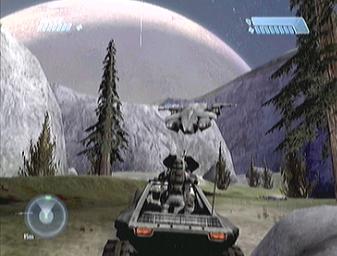 If a game sells three million copies there is no question that it is a smash hit. And that?s exactly what Halo, the seminal FPS from Bungie, has managed to do.

Halo: Combat Evolved for Xbox has sold over three million copies worldwide. "Great to see that Halo continues to be a success on Xbox," said Bungie studio manager Pete Parsons, "and later this summer we will unleash Halo for the PC with online multiplayer capabilities featuring new maps, weapons and vehicles, plus the ability for fans to create mods."

We should also be seeing something more of Halo 2 in the coming months, a game that at its public unveiling in Los Angeles in May, looked brilliant beyond belief.
Companies: Bungie
People: Pete Parsons
Games: Halo: Combat Evolved