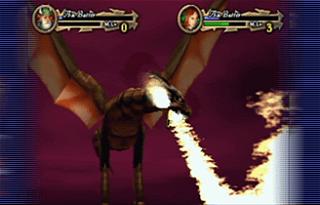 All Images (2) »
Some games are referred to as classic simply because they?re old. Golden Axe, Sega?s side-scrolling fantasy battler is a true classic, however; a masterpiece of cooperative gameplay that set the world on fire when it was released way back in 1989.

We brought you news lately that Sega is well underway re-hashing several of its impressive back-catalogue, and that Golden Axe had been earmarked for a makeover. And today the first, albeit small, screens have been released, as well as a trickle of information.

The gameplay remains essentially unchanged, though the whole affair will be rendered in 3D, with the magic attacks looking absolutely amazing. Colossal dragons and the game?s pleasingly dark undertone have all been captured magnificently, making Golden Axe hugely anticipated amongst the Sega fan community.

We?ll bring you details of the Western release as we get them.
Companies: SEGA
Games: Golden Axe: Beast Rider